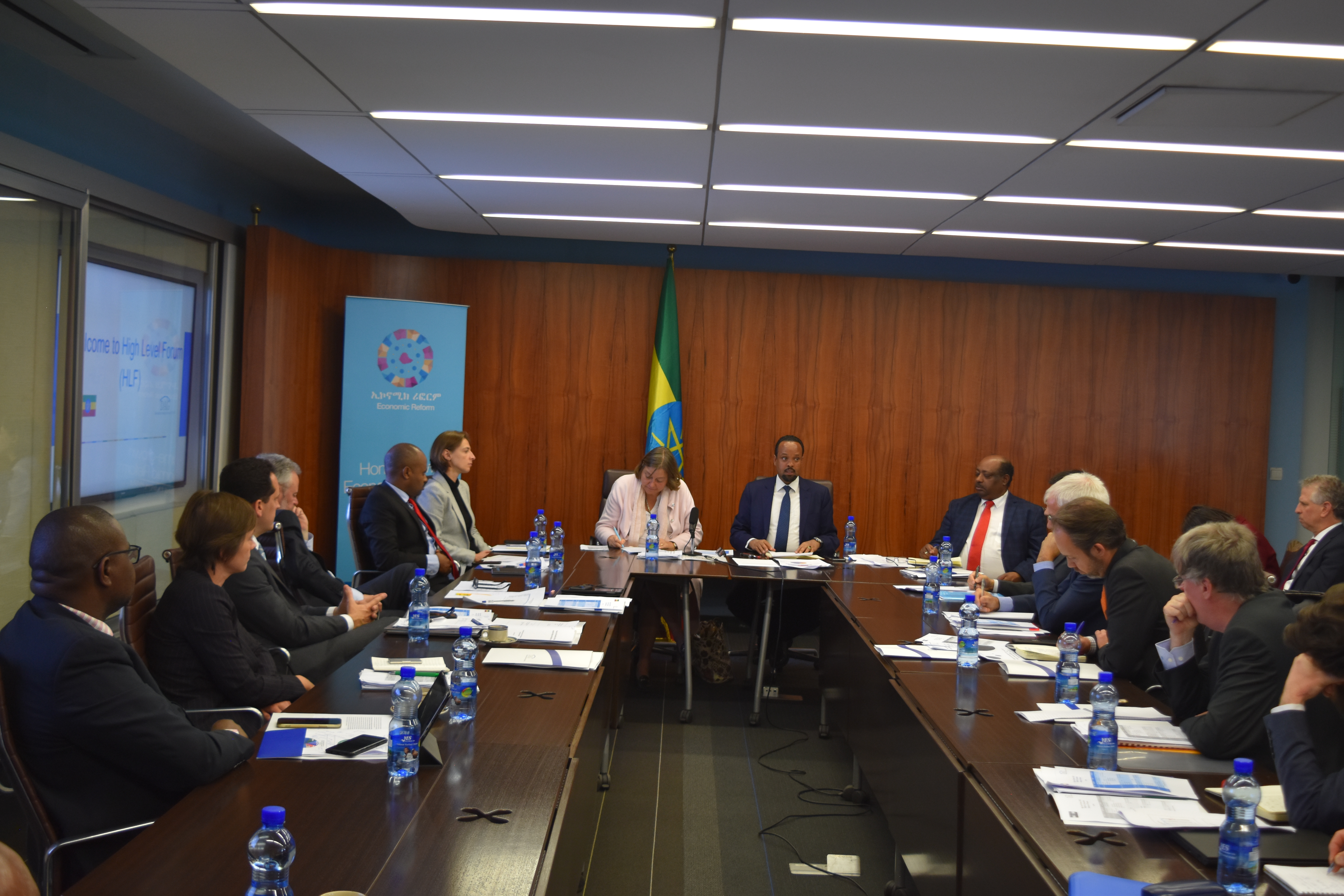 Ethiopia’s Home-Grown Economic Reform Dialogue The Ethiopian Government under the leadership of H.E. Prime Minister Dr Abiy Ahmed unveiled the details and priority areas of the Home- Grown Economic Reforms (HGER) to the international community in early September 2019. Speaking to Ethiopias Diplomatic community and development partners, the Prime Minister called on development partners to coordinate and strengthen support to the Governments reforms . In order to propel and transform Ethiopia to become the African icon of prosperity by 2030. The Government appealed for 9 billion USD in order to implement the reforms and develop institutions and capacity over the next three years. The reforms are envisaged to be implemented between 2019-2021 across three pillars, macroeconomic, structural and sectoral. Development partners thanked Government for its effort to articulate the Home-grown economic reform blueprint. Noting that this blue print will also serve to elaborate on the institutional and governance arrangements to support reform implementation; The need to harness on-going development planning work e.g. preparation of the 10-year perspective development plan, 5-year medium term plan and the consultations around the same and to embed the reforms and anchor actions to address immediate bottlenecks such as forex shortages with sustainable/longer-term measures to address the structural macroeconomic imbalances, was highlighted