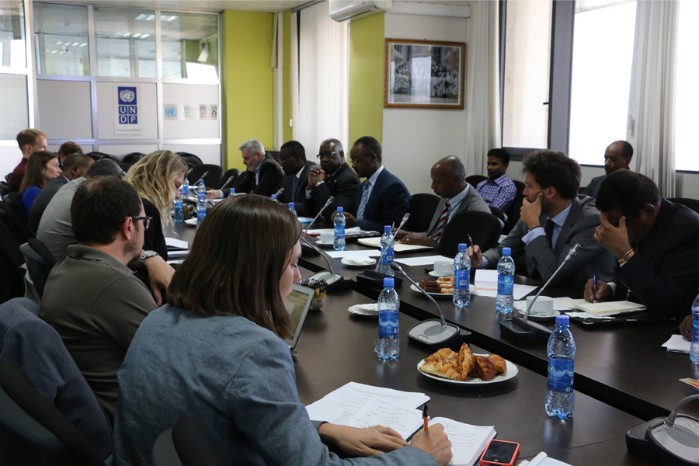 Ethiopia has started preparations to undertake its fourth population and housing census, which will start in 2017. Dr. Abraham Tekeste, State Minister of Ministry of Finance and Economic Development (MoFED), underscored the importance of the upcoming census and the government’s commitment to make the whole process as transparent, credible and of the highest standard possible.

The state minister was speaking at a special forum organized for members of the Development Assistance Group (DAG) to solicit support for the project, which is expected to inform policy formulation, analysis of trends and allocation of public funds.

Ethiopia’s constitution calls for a population census to be undertaken every ten years and the country views the census as a foundation for good governance and consolidation of democracy to improve the quality of life for Ethiopian citizens.

The 2017 population and housing census is expected to cost around 123 million USD with the government ready to cover 60%. The government plans to hold a series of upcoming resource mobilization roundtables to attract some USD 50 million from development partners to address the resource gap to facilitate the recruitment of long and short term technical assistants, training of CSA staff, and procurement of vehicles and ICT tools, as well as high resolution satellite imagery.

According to Ethiopia’s Central Statistical Agency (CSA), the fourth census will feature some improvements. This includes better engagement of stakeholder’s participation in the use of census instruments and increased community involvement in the enumeration process including intensive pre-census advocacy campaigns to better inform citizens on the significance and importance of engaging in the census process.

The CSA also plans to move to the use of full digital map making thus cutting down on the necessary manpower and previous long process involving digitalization.  The GIS mapping will take up to 23% of the census budget.

“Our partnership should be informed by evidence,” State Minister Dr. Abraham Tekeste told the DAG underlining the need for development partners to invest in supporting the census to inform decision making, the formulation of policies and the provision of services. UNFPA, which is taking the lead on the development partners’ engagement with government on the 2017 population and housing census, has already recruited a team of high level international team of experts to support the census.